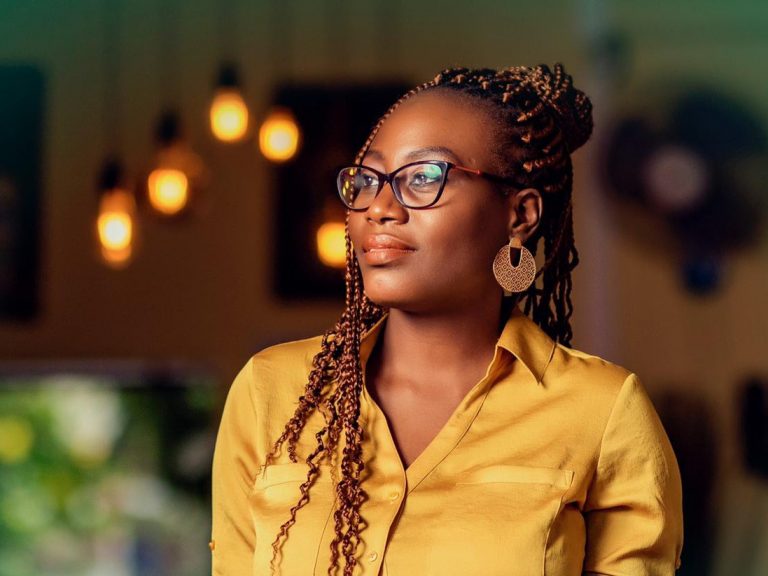 It’s Malicka, here! If I told you I didn’t like cooking growing up would you believe me? Well, read on…

I spent 20 years in Benin before moving to the US. During my time in Benin, I didn’t necessarily do the cooking thing; yes, I picked up tips and tricks but someone, if not my mom, always cooked food at home. I rarely did and when I did it was because I was “forced” to. Haha. I liked helping with things like cutting onions, sifting flour, getting the pot ready, etc. because I liked participating in conversations that took place in the kitchen; but I didn’t love cooking.

Moving to the US…

When I moved to the US, in a small town called Carbondale in Illinois, it hit me really hard. I couldn’t eat the delicious food that my mom used to make. Like where is my cassava fufu and okra stew? I should have known, but who prepares for that? I have to say, food wise, my first few months in the US were hard. After 5 months living on campus, I moved into my first apartment. That’s where it all begun.

What I did not tell you is that while living in the dorms I met one of my besties in the campus cafeteria one day. I went to grab lunch, wearing an African attire – yup, that’s me. Christelle noticed my outfit from a far and walked up to me: “Hi, where are you from, please?” Me: “Hi, I’m from Benin.” Her: “So you’re from Benin and you’re speaking English to me;” then she proceeds in French: “where do you live? do you have a roommate? can you move in with me?”  Me, amazed, excited, over the moon; I had met someone who not only was from West Africa but spoke French – somebody pinch me: “haha. Where are you from? Yes, please let’s be roommates.”

And just like that, Christelle introduced me to her parents and her sister during a phone call with them that same night. The following weekend we took the train to Chicago and I spent the best weekend in the US yet, at the time. We ate everything I needed and more. I could not wait to move out of the dorm so I could start cooking.

True, I didn’t have all the ingredients I was used to from back home, but anything I made myself was going to be better for sure. In Carbondale, we had Walmart and an international grocery store. The days that Walmart had plantains were a party in my apartment. Slowly but surely, I started to learn about ingredients I could use in the kitchen to make the food I grew up eating. Eventually, Christelle’s sister, Marie-France, moved to Carbondale. Then, I met Farah, also from Benin, a real foodie.

Because of these ladies, I became passionate. I begun to love being in the kitchen. I would always look forward to cooking. Especially on occasions where I was cooking for a few people and I knew they would all praise my dishes. Boy, I loved it. I would go to Christelle and Marie France’s parents in Chicago during school breaks, and because of that I learned a lot about Ivorian food. Very soon I almost became an expert. 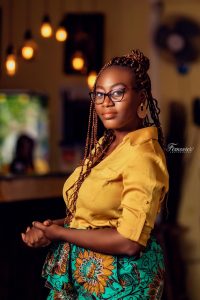 All the sudden everything was about food; I would call or text my mom to help me make certain dishes remotely. I was starting to master my West African cooking skills in America. It was a blast. Naturally, I became the go-to person within my family in the US for coming up with and approving holidays menus. Better, I was that person everyone seemed to want that “okay” from before finalizing their dish. “If Malicka approves then we’re good”, haha. All of that just made me even more passionate.

On the other hand, I also love taking pictures. I’m not so good at it – yet – but I love taking pictures. I would take pictures of my plates and send to my mom to show her what I was making in the kitchen. That’s how I decided to create a food page to share pictures of food I cooked. I invited Farah, who kills it in the kitchen and lived with me at the time, to join me and she accepted. FoodandTravelPosts (FaTP) was born in October of 2013. I still remember my first post – a dish from Ivory Coast called Attieke and fish.

When I started FaTP, my goal was to show/tell people that just because you live in America doesn’t mean you cannot enjoy African food. At first, I did not want anyone to know the people behind the page. Eventually people found out. Can’t hide anything from the internet! Haha. We posted until 2015; then life happened. I continued to post by myself, on and off, through 2016. During this time, I started to develop this need to post with the intention of promoting Beninese food. There was not a lot of Benin food out there. The page picked up in a way I did not expect. Soon I had 5K followers and the engagement was crazy… until October 2016 when I stopped posting all together.

In October of 2016 I got pregnant. My first trimester was not easy. I could not smell the smell of food, except for Iyanze’s egusi stew (restaurant in Chicago) and the neighborhood Vietnamese restaurant’s Pho. That’s all I ate for 3 months: Egusi stew. Pho. I could not cook anything to save my life and I was not feeling well. Posting on Instagram was the last thing on my mind. Plus, I was traveling every week for work. FaTP took a side corner.

In 2017, I had my baby; a couple years later I was not traveling as much for work and thought about going back to posting on IG but, I don’t know why, I was kind of embarrassed to come back. I had been away for so long. I was encouraged by family members to just pick up where I left off but I didn’t… until COVID-19 hit. 4 years later. I came back in June of 2020, under a new name The Blvck Gourmet. 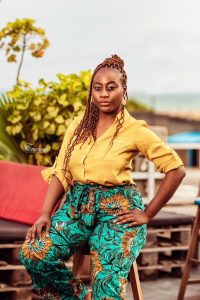 Why The Blvck Gourmet?

I think there are two folds to this question. 1. Why the name. and 2. Why I came back.

For starters, around the time that I came back, the Black lives matter movement was going hard. It was all over the news and also worldwide. I am ashamed to say that I never felt concerned about that until 2020. In my mind I was African… not African American. I would always be treated differently because I was African. Where I’m from, you’re not black or white. You’re a person. Being black was not talked about. It was normal. Coming to America, it took time for me to understand that things were different here. And then in 2020 it hit me. I felt the need to acknowledge my blackness, and wanted to say it out loud and be proud.

I initially thought about incorporating my name in the new brand I was building but I ended up going with The Blvck Gourmet. And Oh! I use a V instead of an A just for design reasons. I wanted to add a flame in my logo, and what came to mind was to inverse the A and have the fire come out of it. That’s all.

Why did I come back? My wanting to help promote African food, especially Beninese never died. I always thought it was sad that African food was so neglected. Along the lines of claiming my blackness, I thought it made sense to, now more than ever, put our food out there. So in addition to sharing tips on how to make dishes from back home in America, I decided to incorporate teaching people about west African food and culture.

Today, I’m building this wonderful community that is the Blvck Gourmet family, aka BG Fam, and that I love so much. I know and I believe that together we will help make sure African food is not overlooked.

So why The Blvck Gourmet you ask?

First, for the beautiful cultures of West Africa and the foods from the motherland which deserve all the love they can get… they need to be showcased and I’m doing my little part to make sure of that.

Second, for the people to learn about the West African food experience, to enjoy the stories, the culture, the recipes, to feel connected with home.

Last, but certainly not least, for me to be a resource to people when it comes to West African food and culture. For me to learn more about it myself, and to connect even deeper with my roots. I believe that teaching people allows you to learn more about the thing you’re teaching. I want to become an expert and a reference for folks interested in learning about West African Food and Culture. Our culture is our story, our history, and I am embracing mine.

I am glad you found this page! Don’t forget to check me out on social media and hit the follow button if you like what you see. I love connecting with people so do not be shy. Get in my inbox via email or DM me on Instagram, and let’s be friend.

I hope you enjoyed this read.

Sign up for recipes and updates in your inbox. I will not spam you, I promise !

The unauthorized use of images or content from this website for promotional or commercial purposes is strictly forbidden without my written permission.

© 2022 The Blvck Gourmet. All Rights Reserved